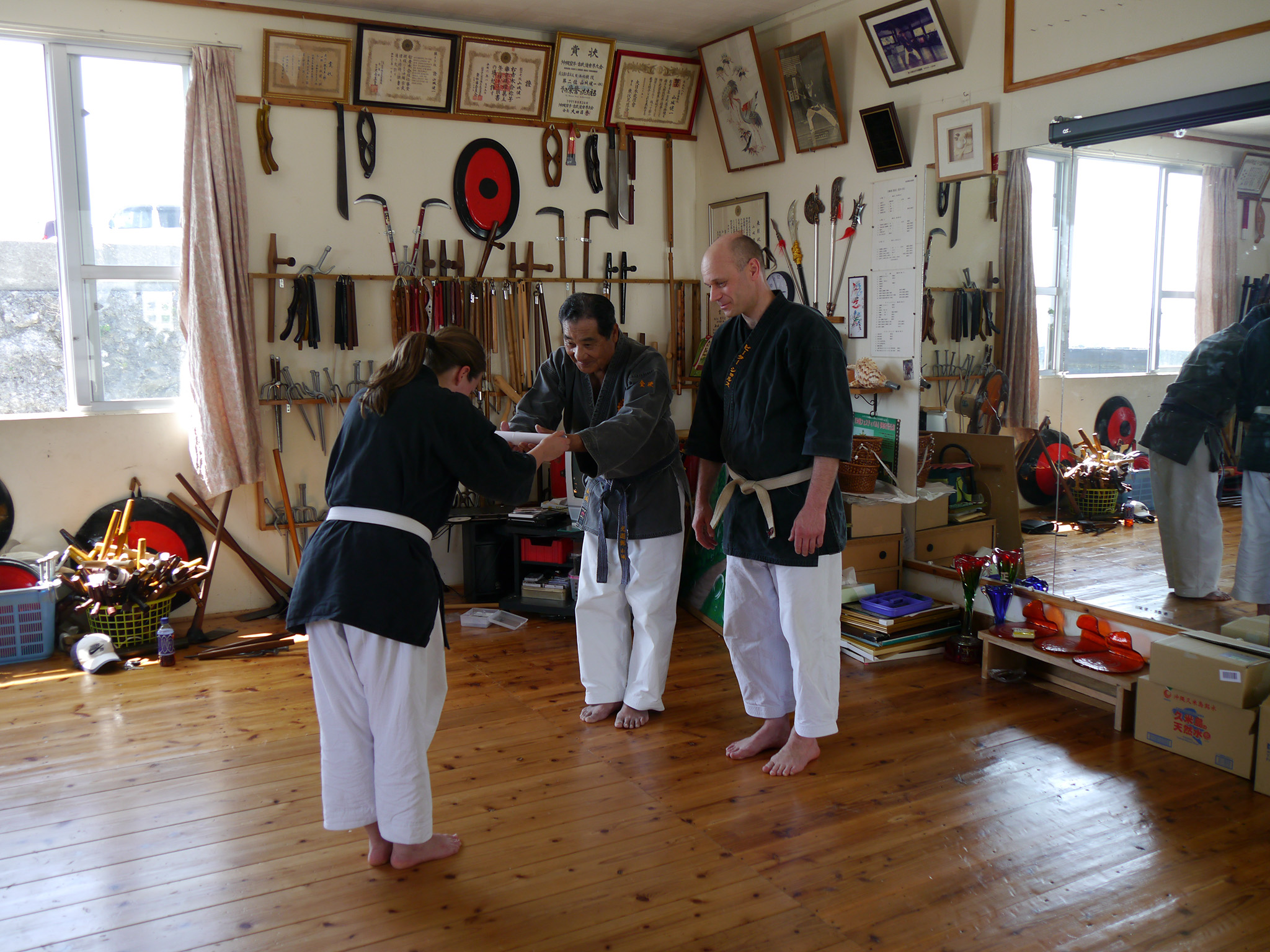 Day 7: Monday, 13th of April: The schedule of the previous days was mainly build around Yamashiro Sensei’s working hours. Today, he has a whole day off and we are going to spend the whole day in his dojo. On the programme is the second new 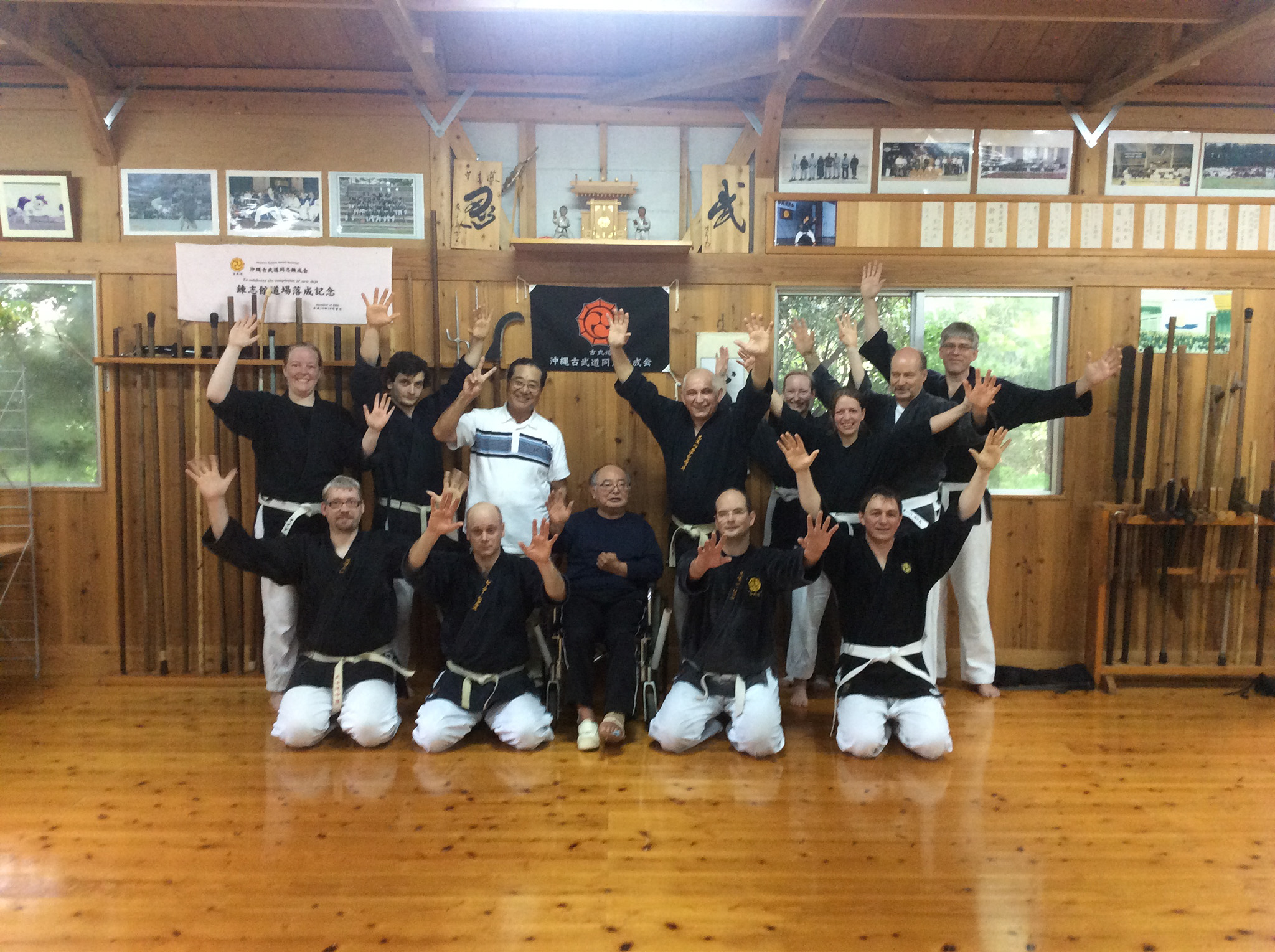 Day 5: Saturday, 11th of April: At the morning training in Itoman, we are joined by Nakamura San, another student of Yamashiro Sensei. Together, we work on the details of Sakugawa No Kun and Chikin No Kun. Ater the training, Nakayama San takes us to the nearby 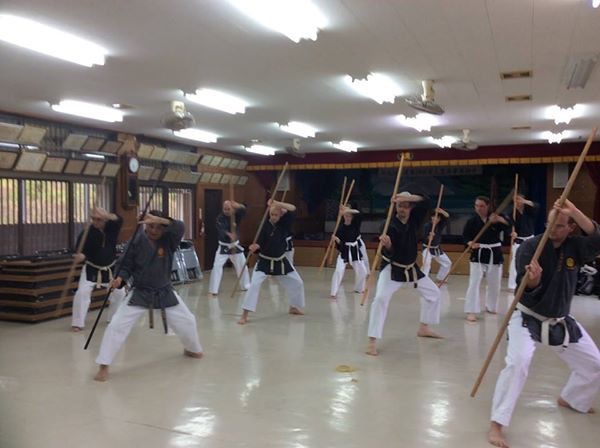 Day 3: Thursday, 09th of April: We spend the morning in Itoman with Yamashiro Sensei this time focussing on Sai and Tunkwa. Now we can prove that we still remember the New Year’s seminar as we repeat the three Katas learned there: Yamakatsu No Tunkwa, Kubokurashiki 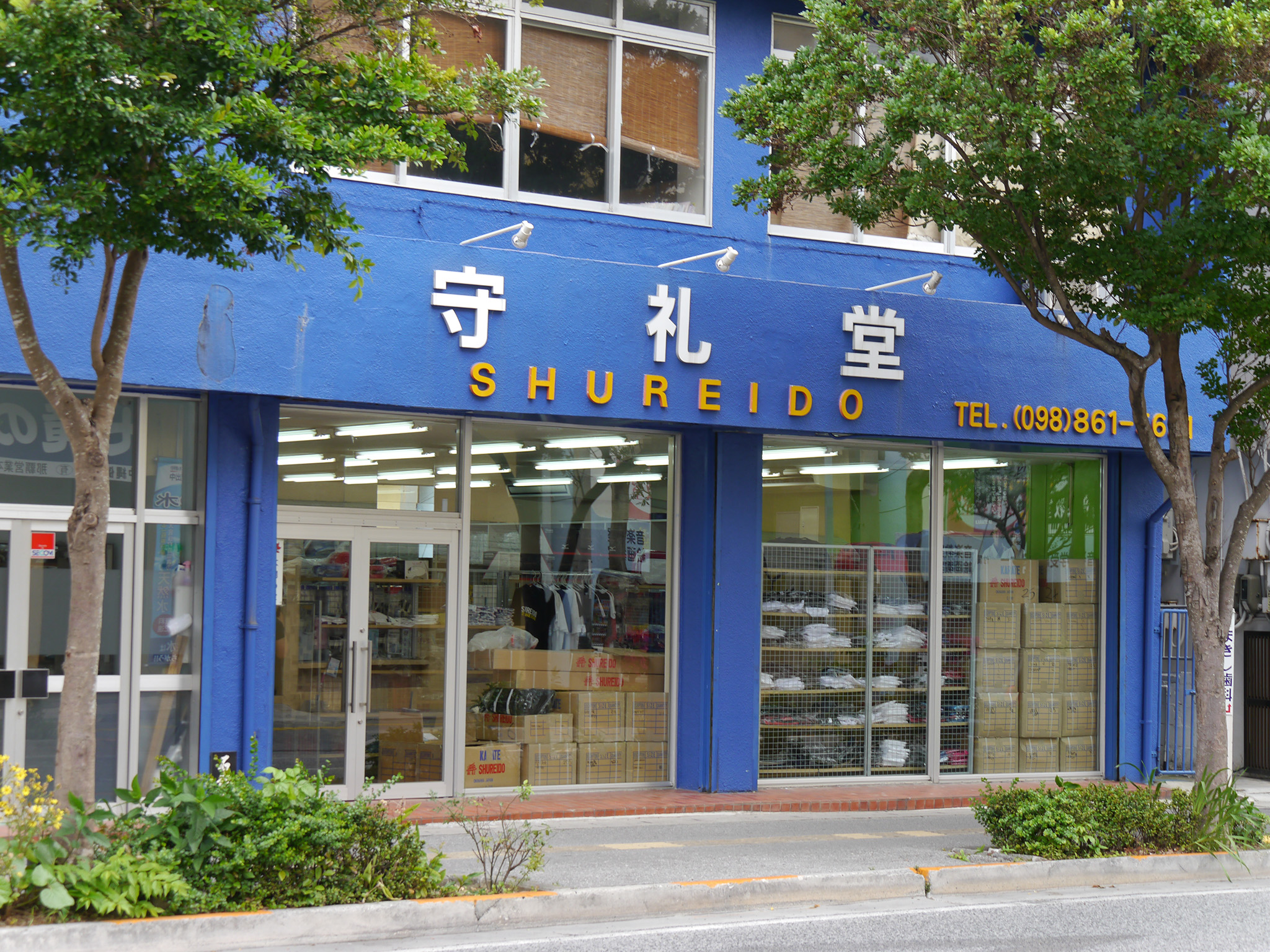 We are on Okinawa – once again residing in the meanwhile familiar blue Minshuku near Naha Port. Day 1: Tuesday, 07th of April: Having taken a quick shower after the 19 hours journey from Hanover to Naha, we are ready for the obligatory first day Shureido visit. 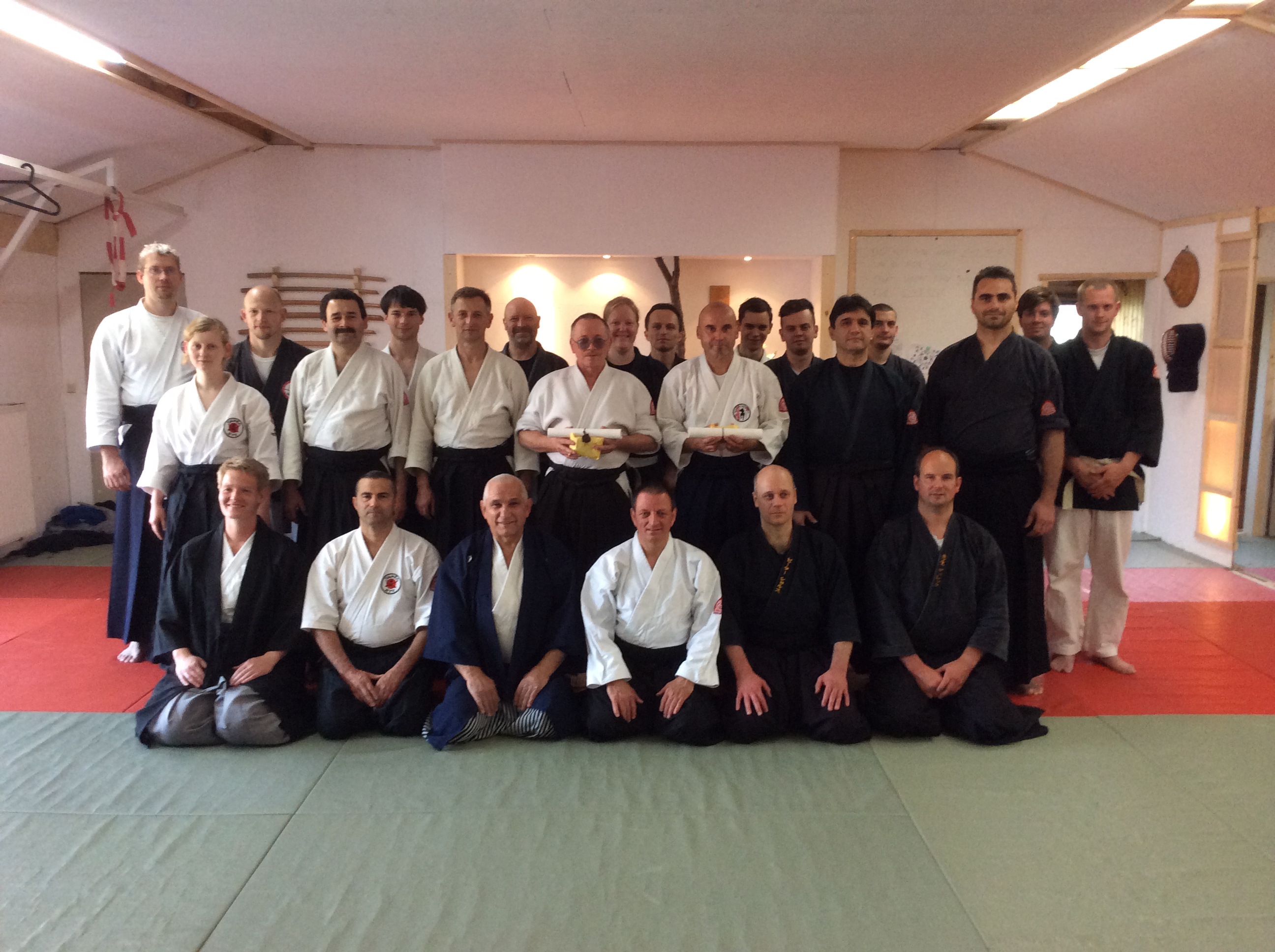 Below I have gathered some information about our annual Instructor Seminar. It will take place from 14th to 17th May 2015 at the Hombo Dojo. The teacher for this years seminar will be Shihan Hans-Jürgen Pech from Germany. His topic will be: Mizu Kata - A liaison 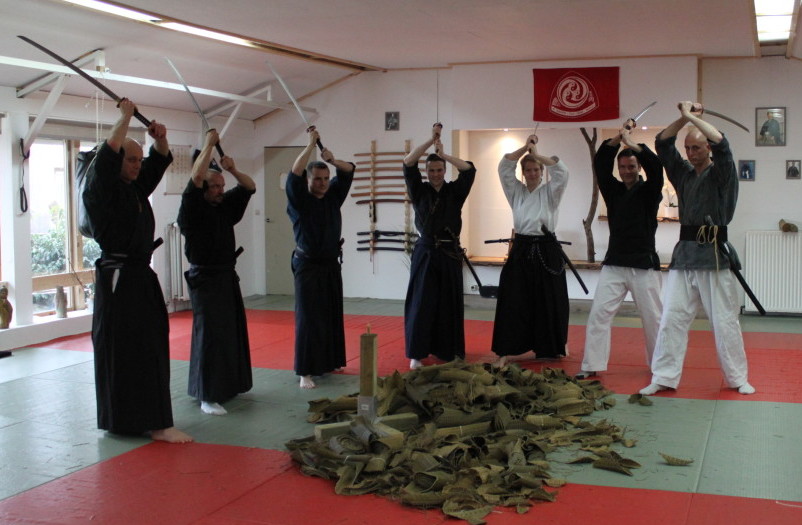 Experiencing a live blade is something very special for an Iaidoka. Yesterday some of us gathered to try their cutting skills in a Tameshigiri. Here are some pictures of a seminar with a wonderful atmosphere. Make a note in your agenda for the next Tameshigiri Seminar which 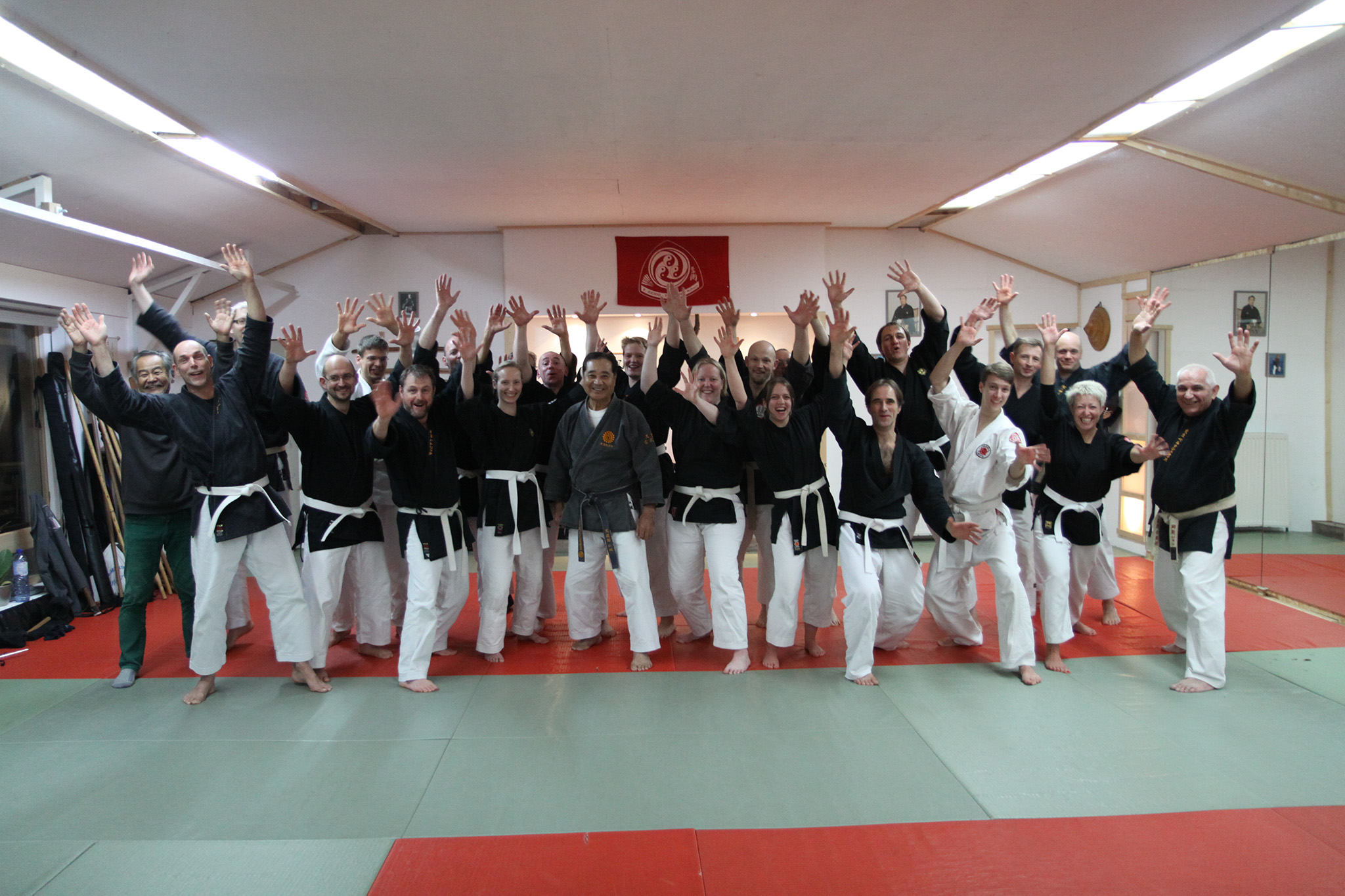 Seminar with Yamashiro Kenichi in Belgium

When I started doing Okinawa Kobudo in summer 2014 while I was at the Hombo Dojo for a Chi Ryu seminar I couldn’t imagine to ever make progress in Kobudo. Together with a friend of mine I was studying the inspirational teachings of Sensei Kathrin 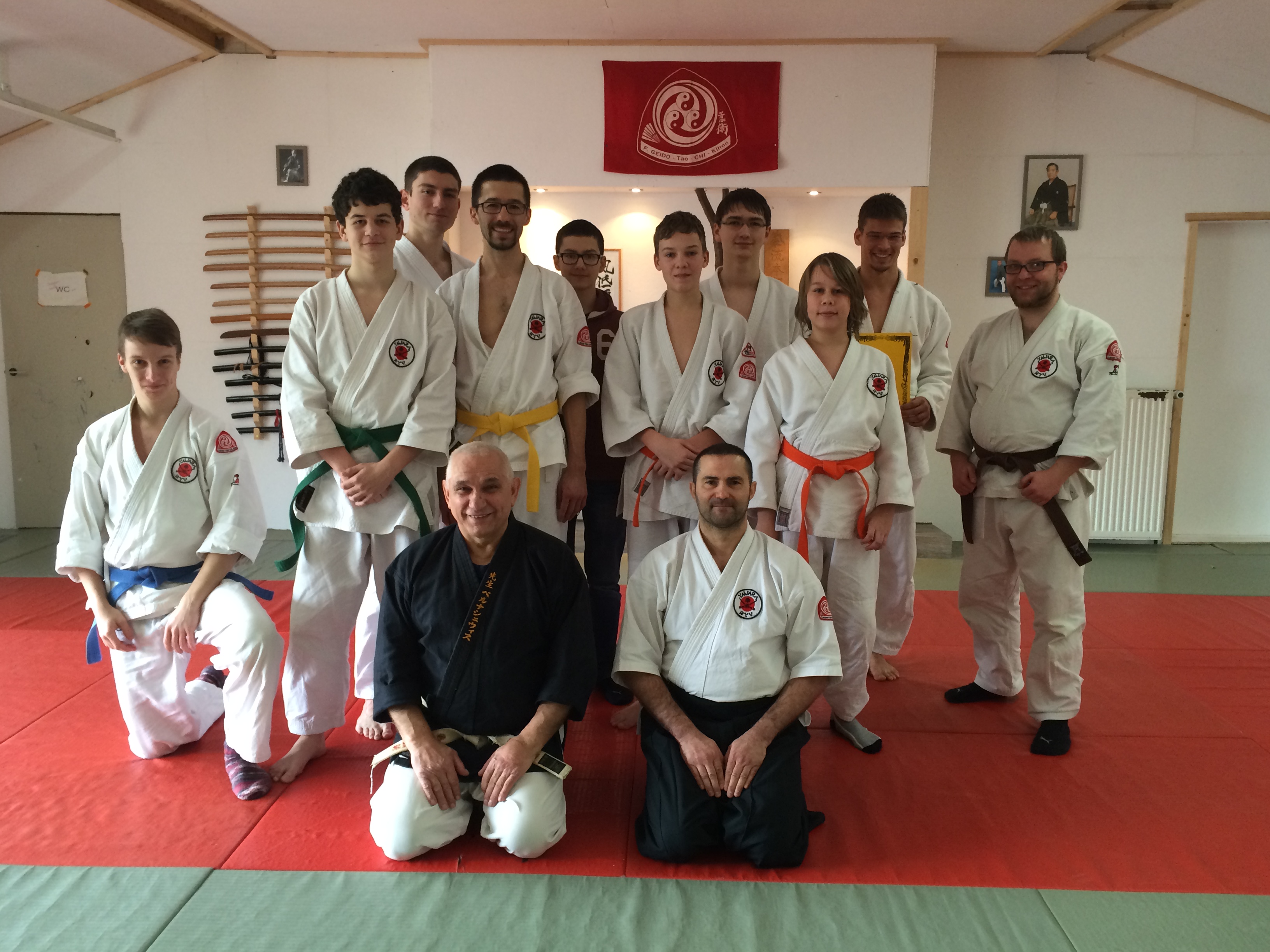 February 28, 2015 In examinations By Kathrin 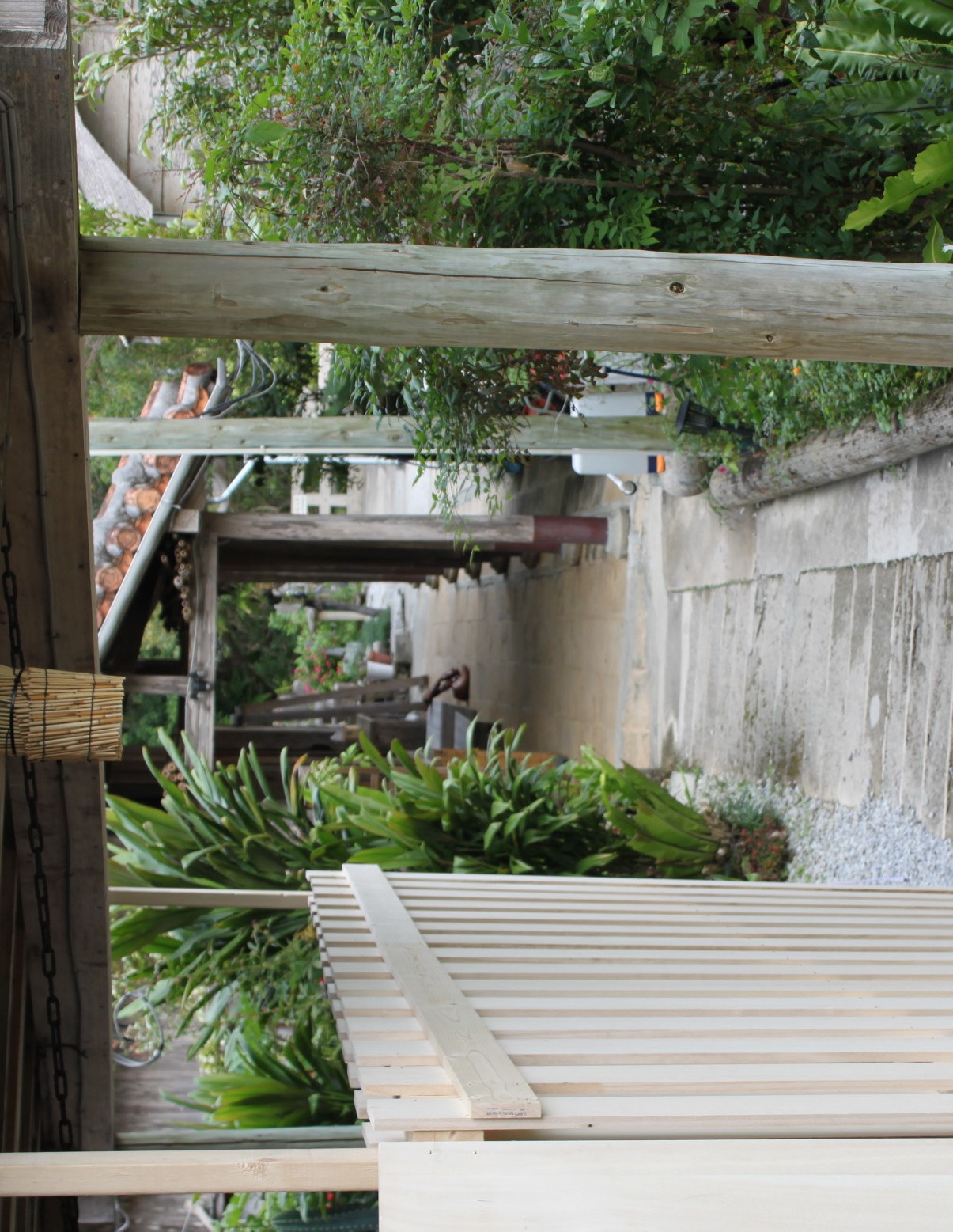 February 8, 2015 In blog, History and Traditions By Kathrin

On Nyūmon and Hamon in traditional martial arts systems

Joining a ryūha, a classical school of martial arts, is a big step. Fortunately, it is one that often can be taken in several small steps nowadays. These steps are formalized to a greater or lesser extent in different traditions. In the past it was not 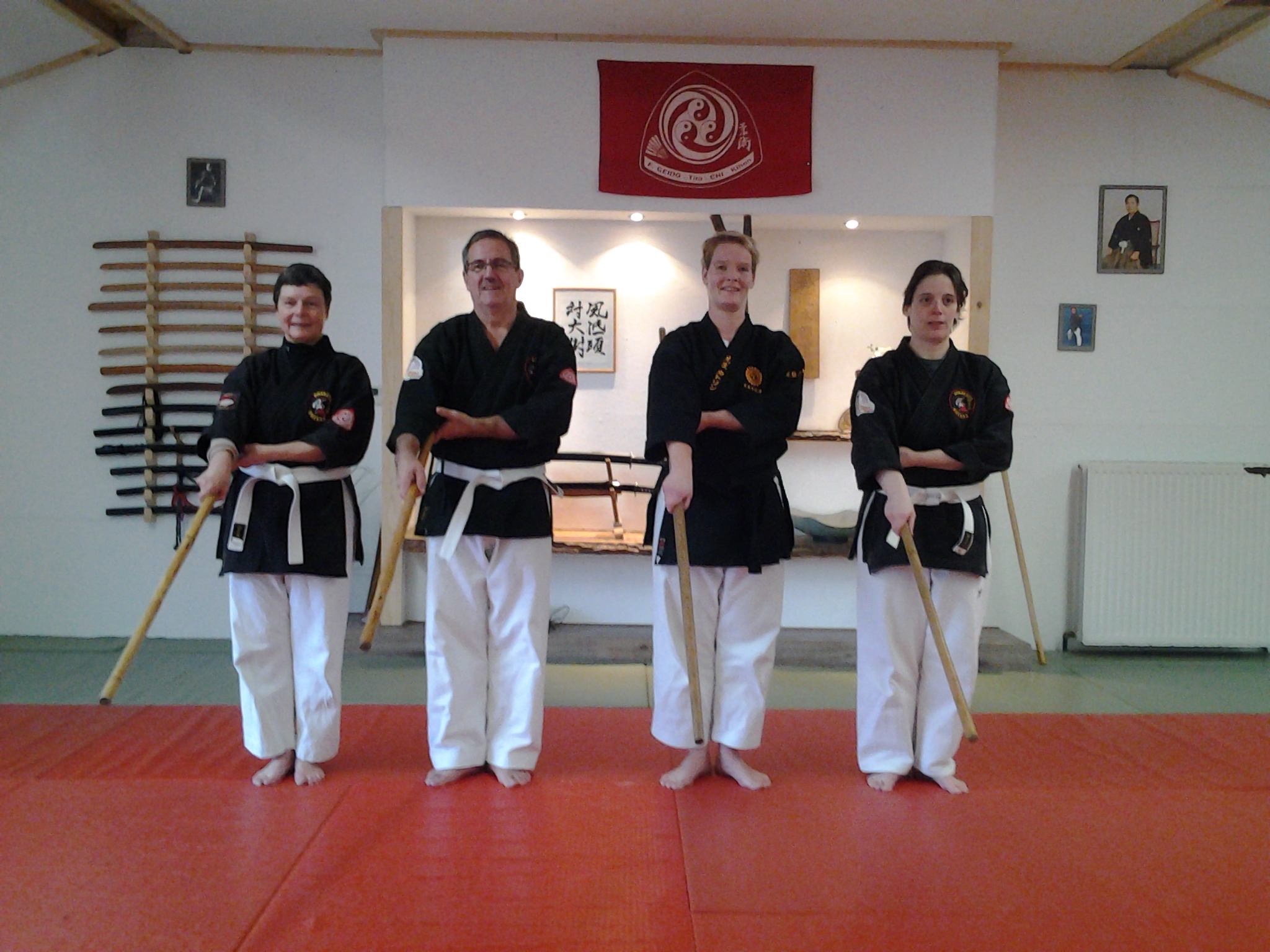 Just a few weeks have been passing by since Yamashiro Kenichi Sensei (Komesu Yamashiro Dojo) has taught Okinawa Kobudo at the Hombo Dojo in Belgium. He was able to get a view on the way Okinawa Kobudo is spread throughout Europe and he has worked with