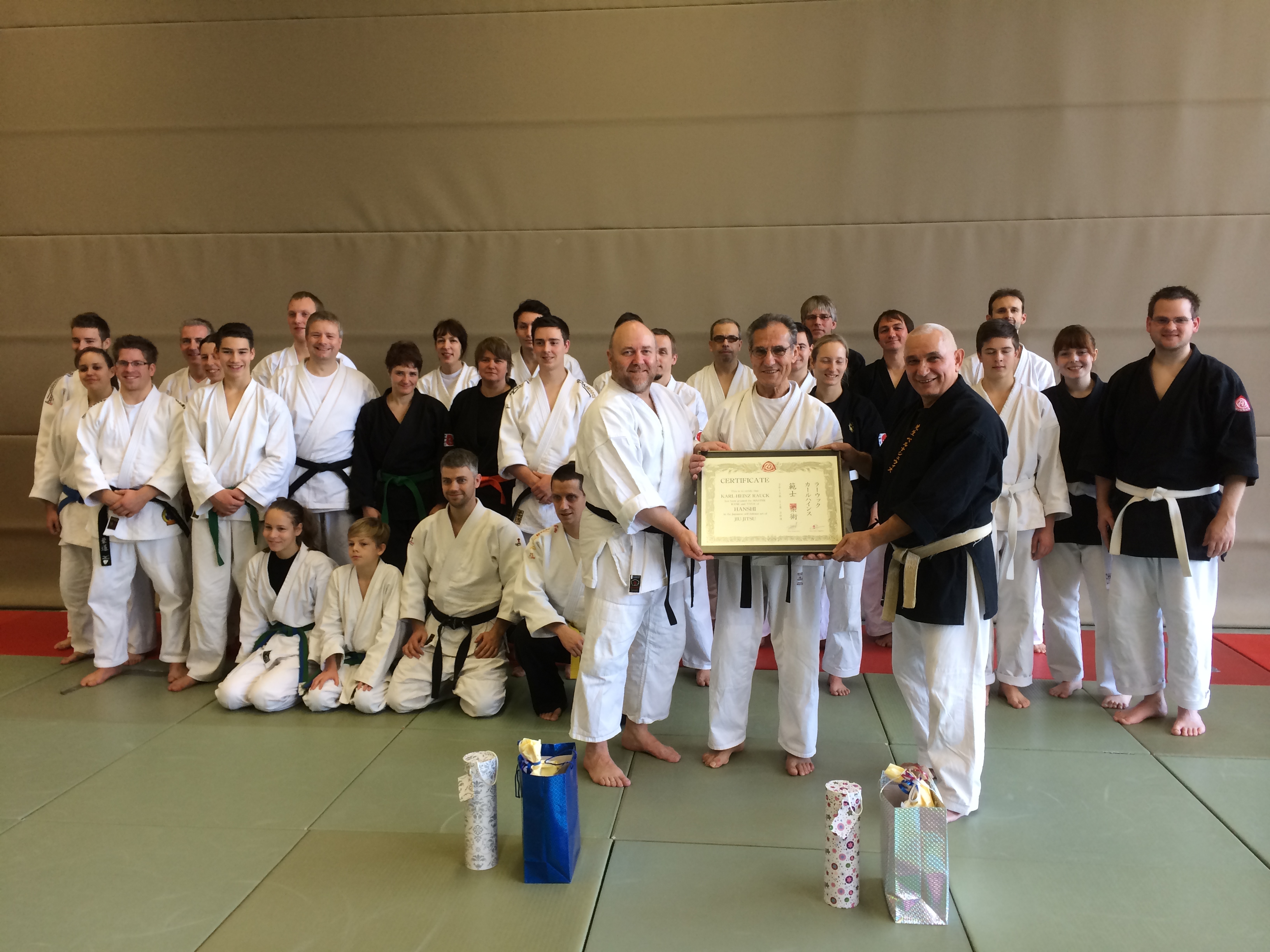 Born in 1937 Karl-Heinz Rauck started his way into the martial arts in 1955 in Offenbach/Main (Germany) at the Jiu-Jitsu School of Heinz Günther. He also started to practice Karate and Judo in his early years and later added Aikido to his repertoire. At the age of 70 Karl-Heinz took it a step further and started to practice Okinawa Kobudo under the supervision of Shihan Jhonny Bernaschewice. In 2008 he travelled with our group to Okinawa to practice Kobudo, fulfilling a life-long dream of visiting the source of Karate and Kobudo.

Having met Karl-Heinz Rauck some 20 years ago, Shihan Jhonny Bernaschewice though it was about time to honour the dedication he showed during all those years. In November 2013, he travelled to Ronneburg/Main-Kinzig Kreis (Germany) to surprise Karl-Heinz who was not informed about the fact that Shihan Jhonny would be the main instructor of the seminar.  Karl-Heinz again showed what he was made of, attending the whole seminar and practicing alongside with his 50 years younger students. On Saturday, 30th November 2013 Karl-Heinz Rauck was honoured with the promotion to HANSHI JIU-JITSU by the martial artist which he admires most.  Shihan Jhonny Bernaschewice, head of our federation, found nice words to describe what Karl-Heinz Rauck had achieved over all those years. One word stood out: DEDICATION.

May this be an inspiration to all of our students. 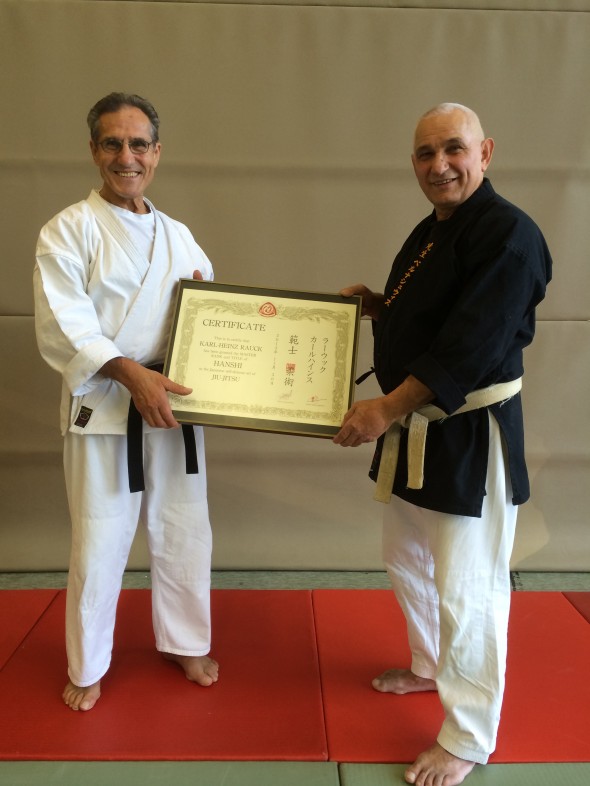 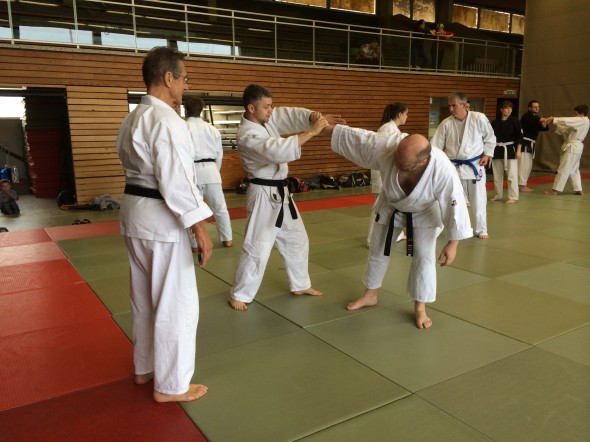 Karl-Heinz Rauck during the training session