Preparations for a 50th anniversary in martial arts
2531
post-template-default,single,single-post,postid-2531,single-format-standard,stockholm-core-1.2.1,tribe-no-js,select-theme-ver-5.2.1,ajax_fade,page_not_loaded,vertical_menu_enabled,paspartu_enabled,menu-animation-line-through,side_area_uncovered,wpb-js-composer js-comp-ver-6.1,vc_responsive 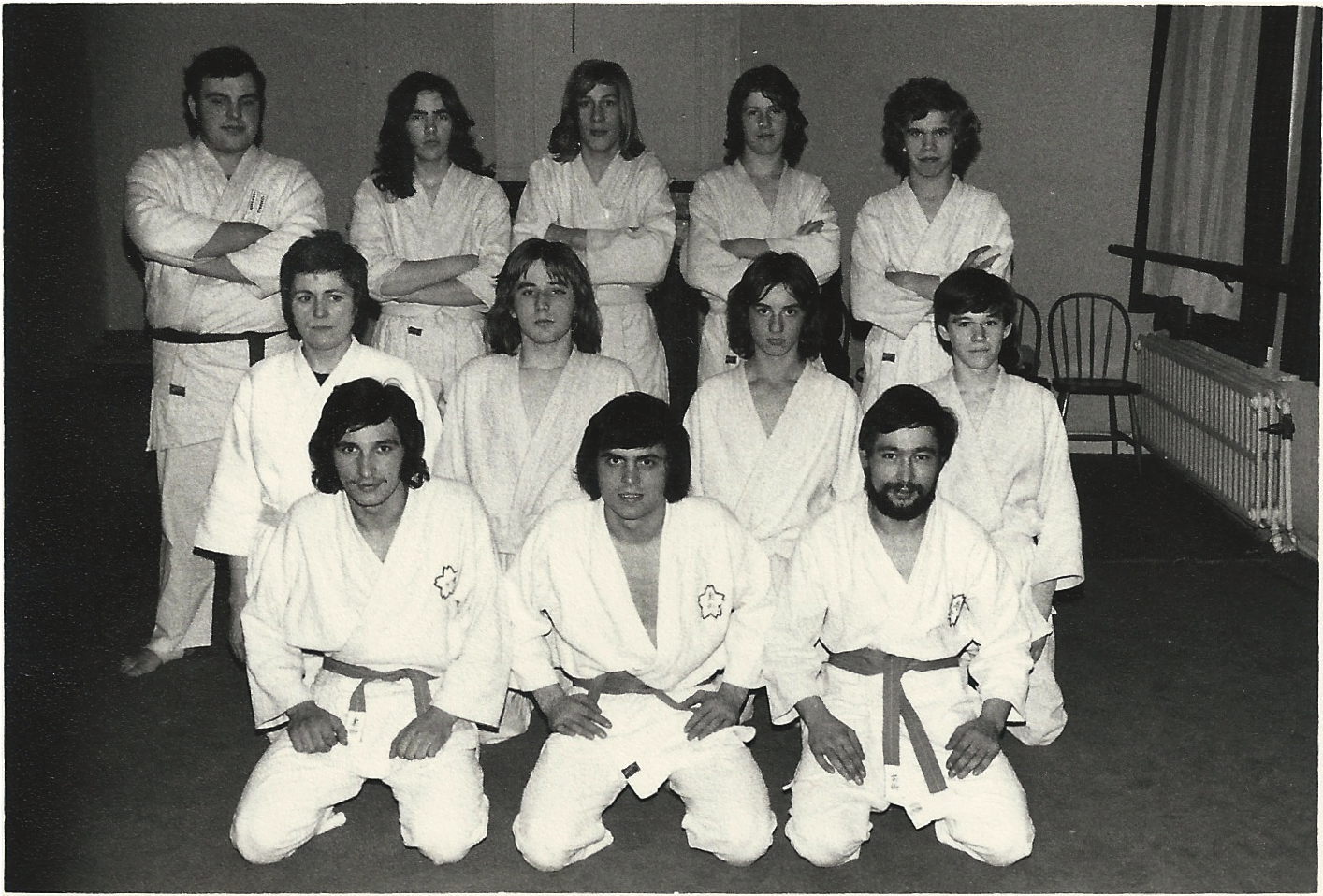 Preparations for a 50th anniversary in martial arts

“[…] In 1964 Shihan Jhonny Bernaschewice took his first steps into the martial arts underneath the crypta of the church in Genk […].“ Many people have influenced his way since that day. 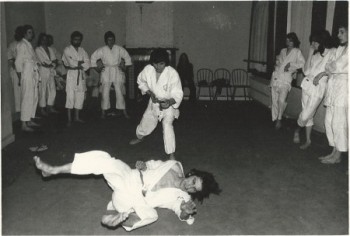 “[…] Many students had the opportunity to learn from him. He is a remarkable Sensei in many ways, never walks the expected paths, yet he looks for his students with unbearable patience.[…]”

How could you possibly think about honouring Shihan Jhonny Bernaschewice and what is the appropriate approach to 50 years of experience and knowledge? A question that was not easy to answer. It took me a while to figure out how to approach this. With the help and ideas of our Shihans I managed to set up a frame in which this could happen. We knew that titles and graduations were not the appropriate way to honour our Sensei. So I thought about having a gathering of people that have influenced Shihan Jhonny in those 50 years. Easier said than done! 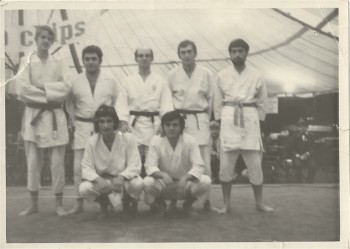 The preparations began in November 2013. Very fast it was clear to all of us that we had to expand the festivities as the Hombo Dojo was not suitable for the number of people. The list of possible candidates grew within some days and comprised  70 people in the end. Way to many for the dojo! What made this huge task even more complicated was the fact that we wanted to surprise Shihan Jhonny. Keeping it secret all the time was so difficult! The only way to organize everything was to work during the night when everyone was asleep. At times when Shihan Jhonny was not home (because he was teaching on a seminar) I was able to make phone calls. E-Mails were written during the night. Often people received them at around 2 or 3 a.m. The best time to work. But the danger of being caught in the act was always present and looming over my head. 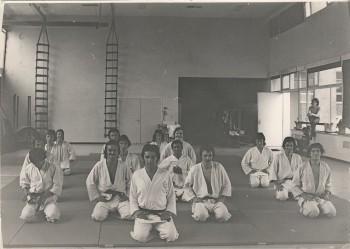 Training at the TIKB in Houthalen (around 1971)

After some research and phone calls I found a suitable place nearby the Dojo. The date was set to May 31st, 2014 as we had most of our Shihans attending the annual Instructor Seminar here at the Dojo.

And then the huge research task began. Lucky me, I could find all of Shihan Jhonny’s first four Sensei from Genk. Jan Jurka Sensei (Ju-Jitsu) was one of the first I had contact with an he immediately remembered Jhonny (after almost 35 years without contact). Dirk Heene Sensei (Karate) told me that he had to teach on a seminar in Berlin (Germany) but would try to make it home for that evening. Roger Castecker Sensei (Judo) was a little harder to reach. Most headache I had with Shihan Jhonny’s first Aikido sensei as I did not had a name to search for. While studying the history of the Judo Club Genk I came across the name of Mauricio Contipelli who taught Aikido in that club for a year. So I contacted him and …. bingo, he was the one. A lot of phone calls later (which included nice conversations and a lot of memories) all of them agreed to participate in the festivities. And still Shihan Jhonny had no clue… 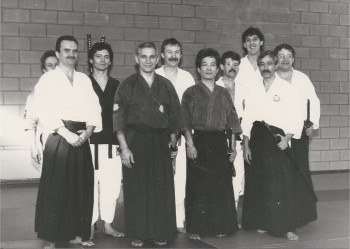 During a seminar with Fujii Okimitsu Sensei (late 1980s/early 1990s)

But there were so many other important people who had a strong influence on him or were friends from long time ago. So I took the phone called to Japan, England, Denmark, Germany, Poland, etc. … you name it. At some point I was stuck. I remembered a very good friend of Shihan Jhonny who was with him for decades. Roger Vangeneugden was the man to rely on. So I took contact with him, visited him and his wife secretly while Shihan Jhonny was thinking I went shopping. Those excuses where heavy on my mind but it was for a good reason. Roger helped a lot to find all the old students from the 1970s, 1980s and 1990s. Without his help and the help of his wife it would have been impossible to organize everything. 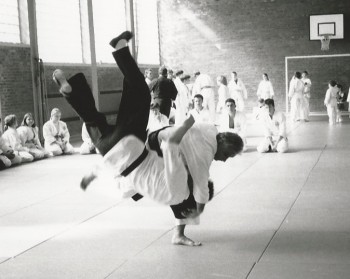 To make a long story short, the preparations took us roughly half a year. Sadly Shihan Jhonny’s Iaido teacher Fujii Sensei could join the festivities as he was in Greece teaching together with Brian Ford Sensei on May 31st, 2014. Nevertheless, we managed to organize a skype conversation for that night so that Shihan Jhonny at least could have a quick chat with his sensei.

In order to organize everything I wrote a letter to all members of the federation asking for their support. The response was overwhelming. We received a lot of donations on a bank account I set up for this purpose. The amounts were very varying but it was the gesture that counted. Never in my wildest dreams had I thought of such an appreciation. This is the point where I will thank each and every one of our students, friends, comrades for their support.

With your help and support Shihan Jhonny experienced an evening that will stay in his mind forever. THANK YOU VERY VERY MUCH!

Read more about the outcome of the surprise in a new post tomorrow!