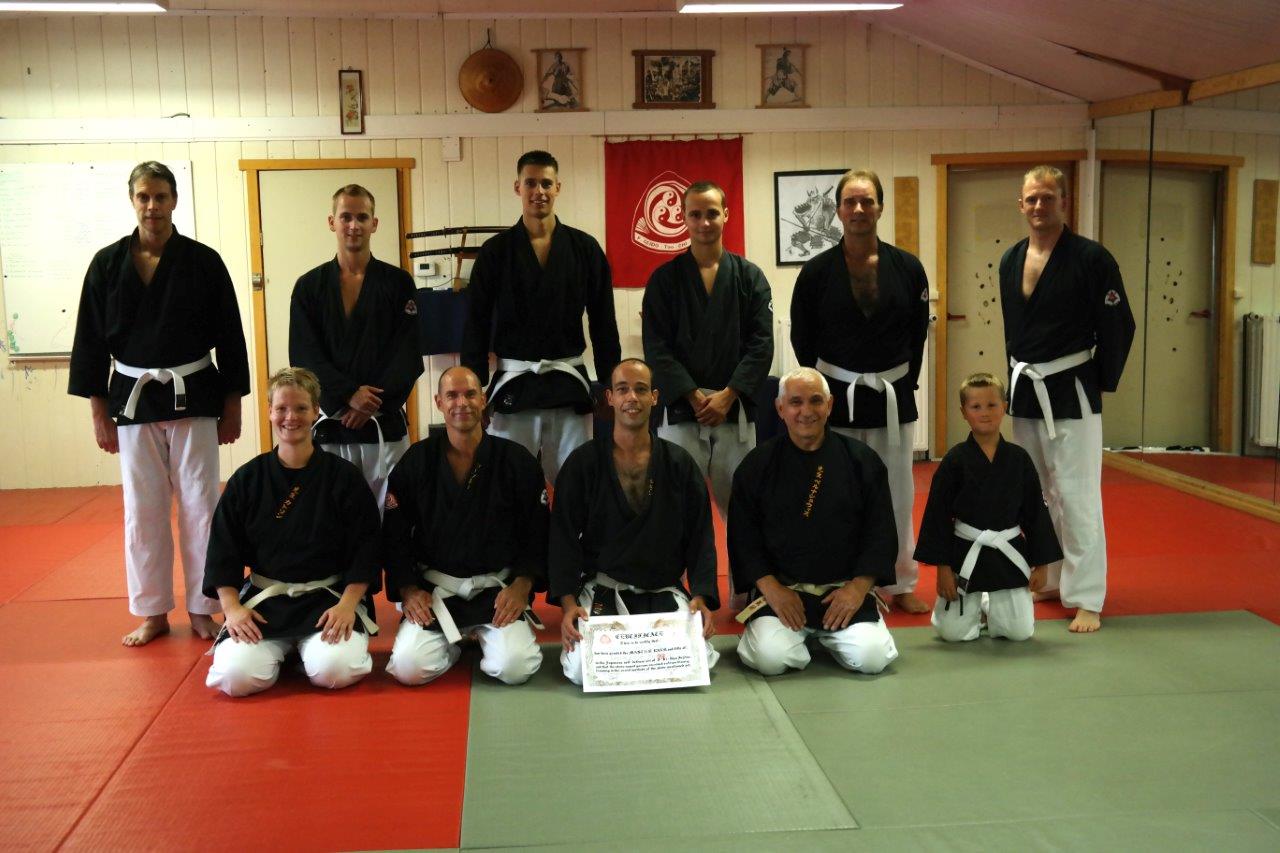 We had the pleasure to have Kancho Hans Roos from Budo Hans Roos (Oud Beijerland - The Netherlands) and his students at the Hombo Dojo. The weekend 24th/25th August 2013 was dedicated to Matayoshi Kobudo. A set of different weapons (Bo, Sai, Tunkwa, Nunchaku) were 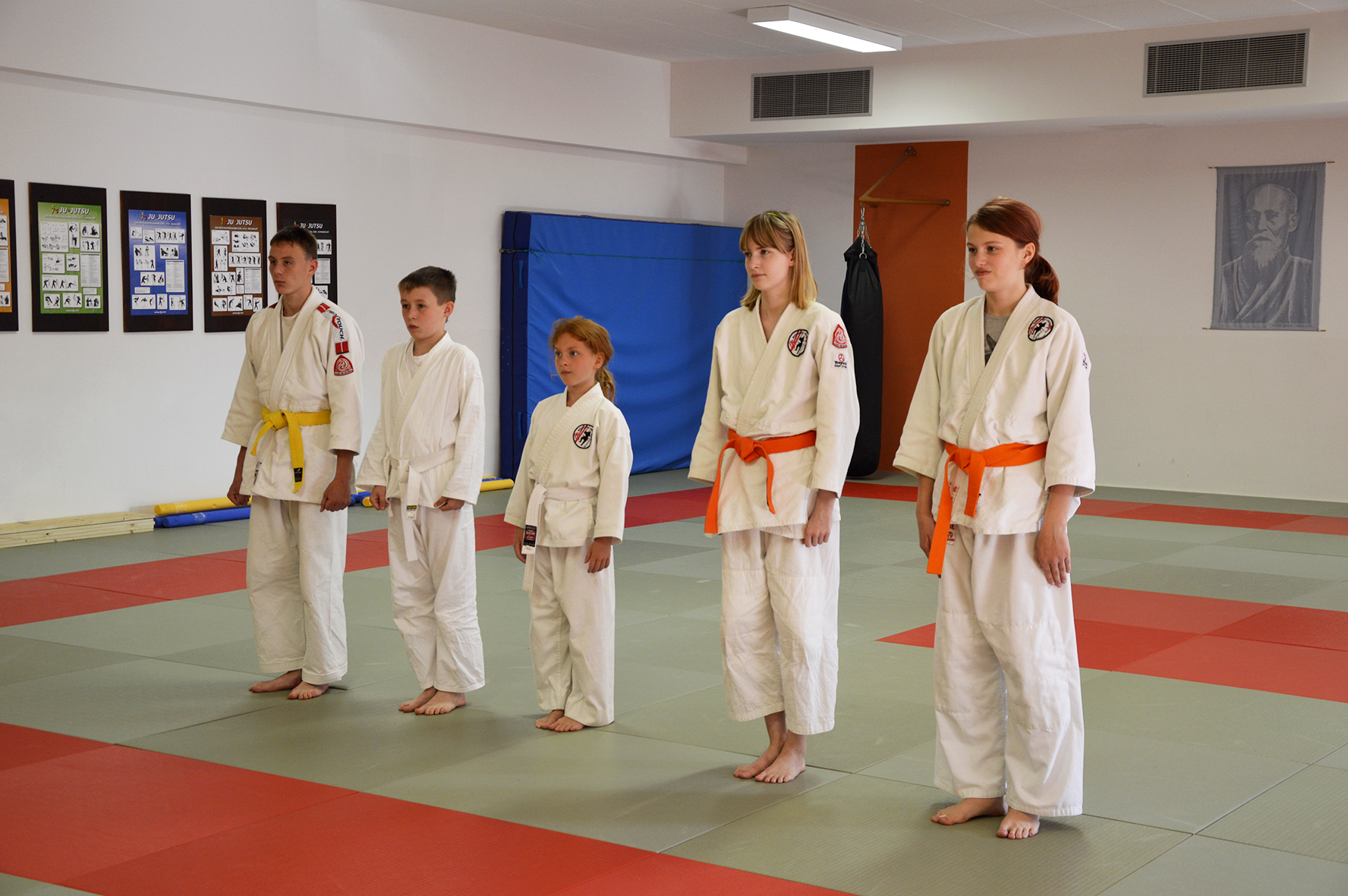 During the annual summer seminar in Groitzsch some students of Sensei Hans-Jürgen Pech (Bushido Zhong Ryu Lobstädt) took their examination in Chi Ryu Aiki-Jitsu. We would like to congratulate them with their extraordinary achievement! Well done! Annika Pütz    3. Kyu Mary-Ann Nelle  5. Kyu Maximilian Brede  5. Kyu Martin

The date for Okinawa 2014 is set! From 21st April to 1st May Shihan Jhonny Bernaschewice will travel again with a group of students to Okinawa to study the arts of Hachiman Ryu, Matayoshi Kobudo and of course Chi Ryu Aiki-Jitsu. So, if you are interested 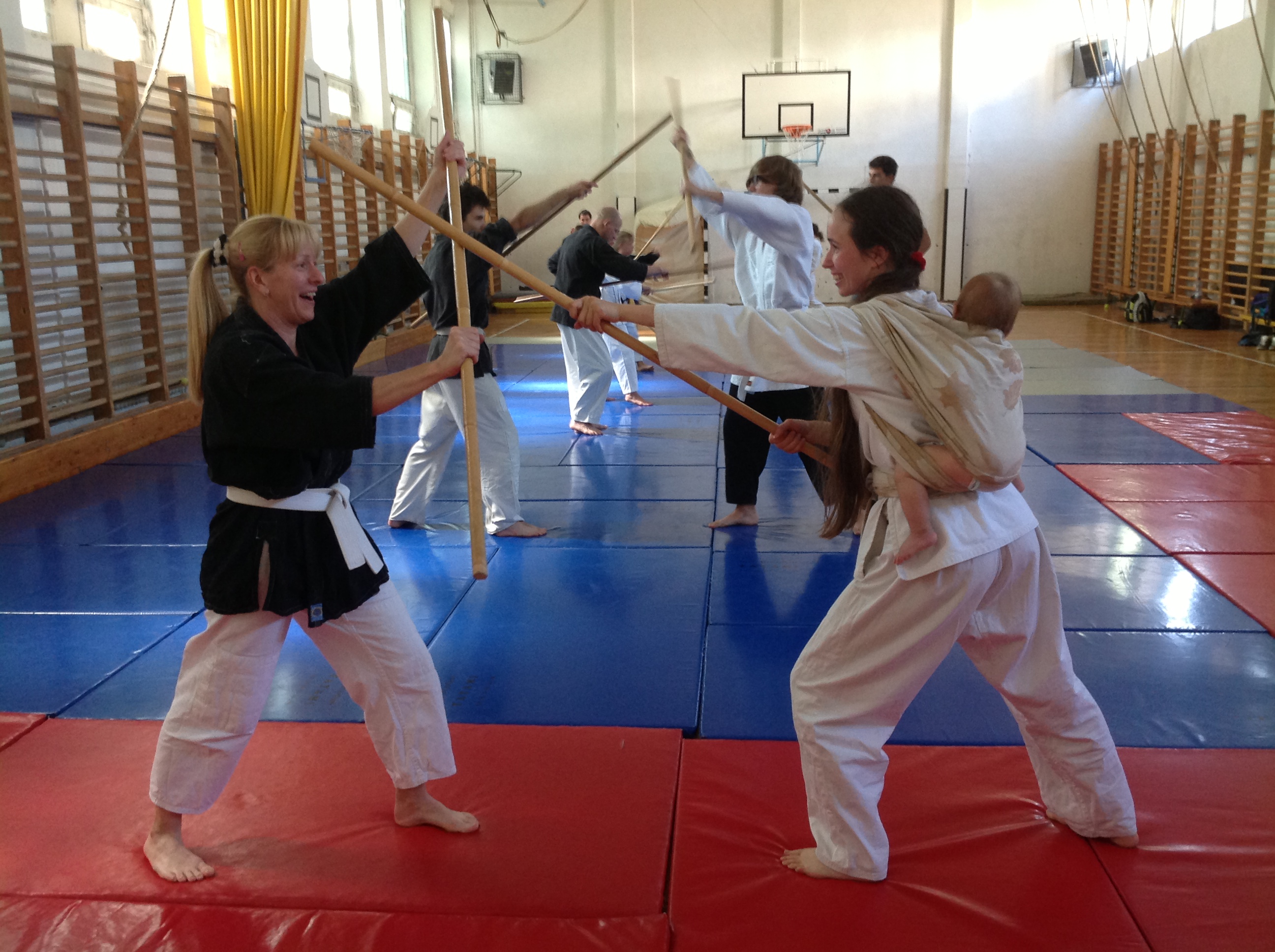 Proof that Kobudo can be practiced even with a one year old child! Dedication is all that matters. The picture was taken by Shihan Jhonny Bernaschewice during the seminar week in Budapest (Hungary) hosted by Sensei Csaba Ziegler. 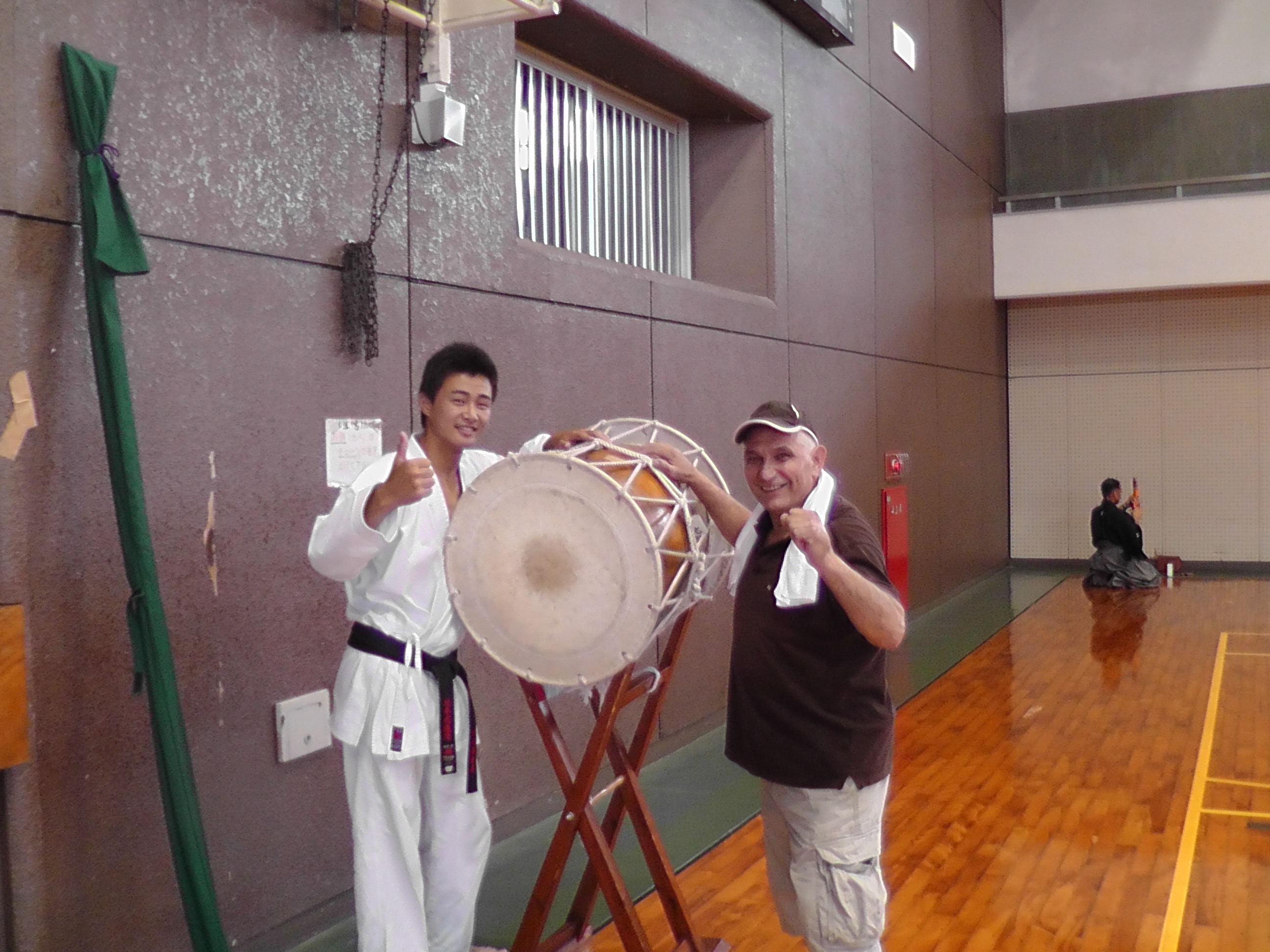 Sensei is back in town

Shihan Bernaschewice has arrived back home from his trip to the mainland of Japan. From 24th July to 4th August 2013 he stayed on the island Kyushu for training in the arts of Jodo and Mugai Ryu. He visited Nobeoka mountain and Takasakiyama Monkey Park in 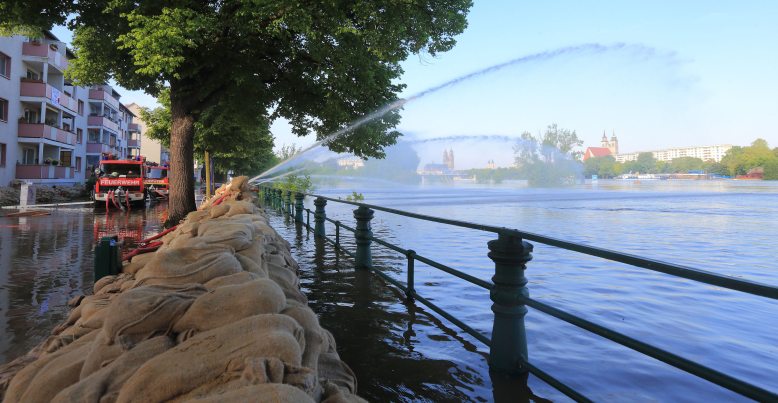 Due to the flood in Magdeburg the seminar planned for the weekend 15/16 June 2013 has to be cancelled! Shihan Andreas Baron informed us about the dramatic situation the city is facing right now. Three big parts of the city have to be evacuated. The 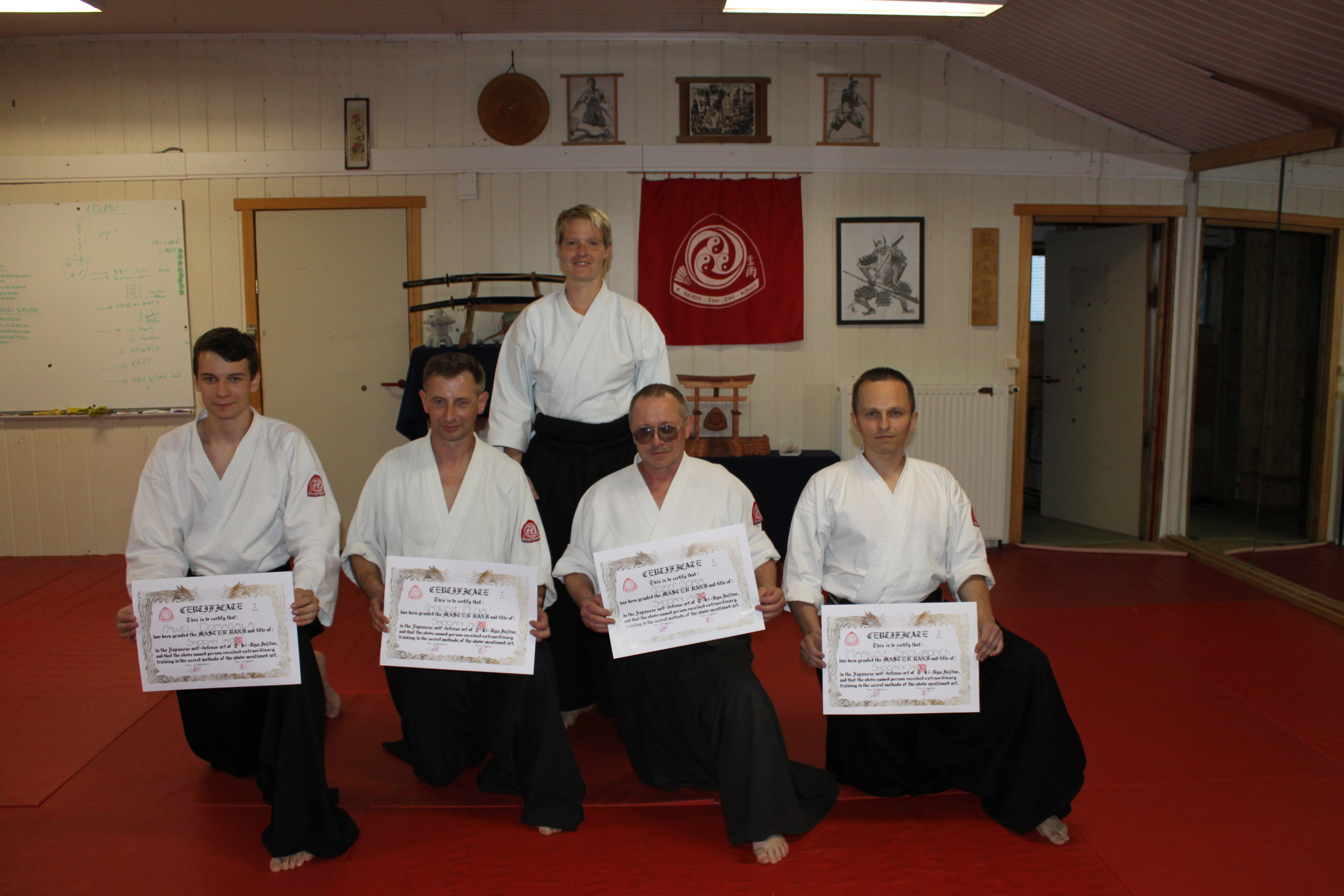 It is nice to have one of our two main instructors for Chi Ryu Aiki-Jitsu in Poland back again at the Hombo Dojo. Shihan Bernaschewice was happy to see Sensei Jozef Gora and his students for an intensive training session of 3 days at the 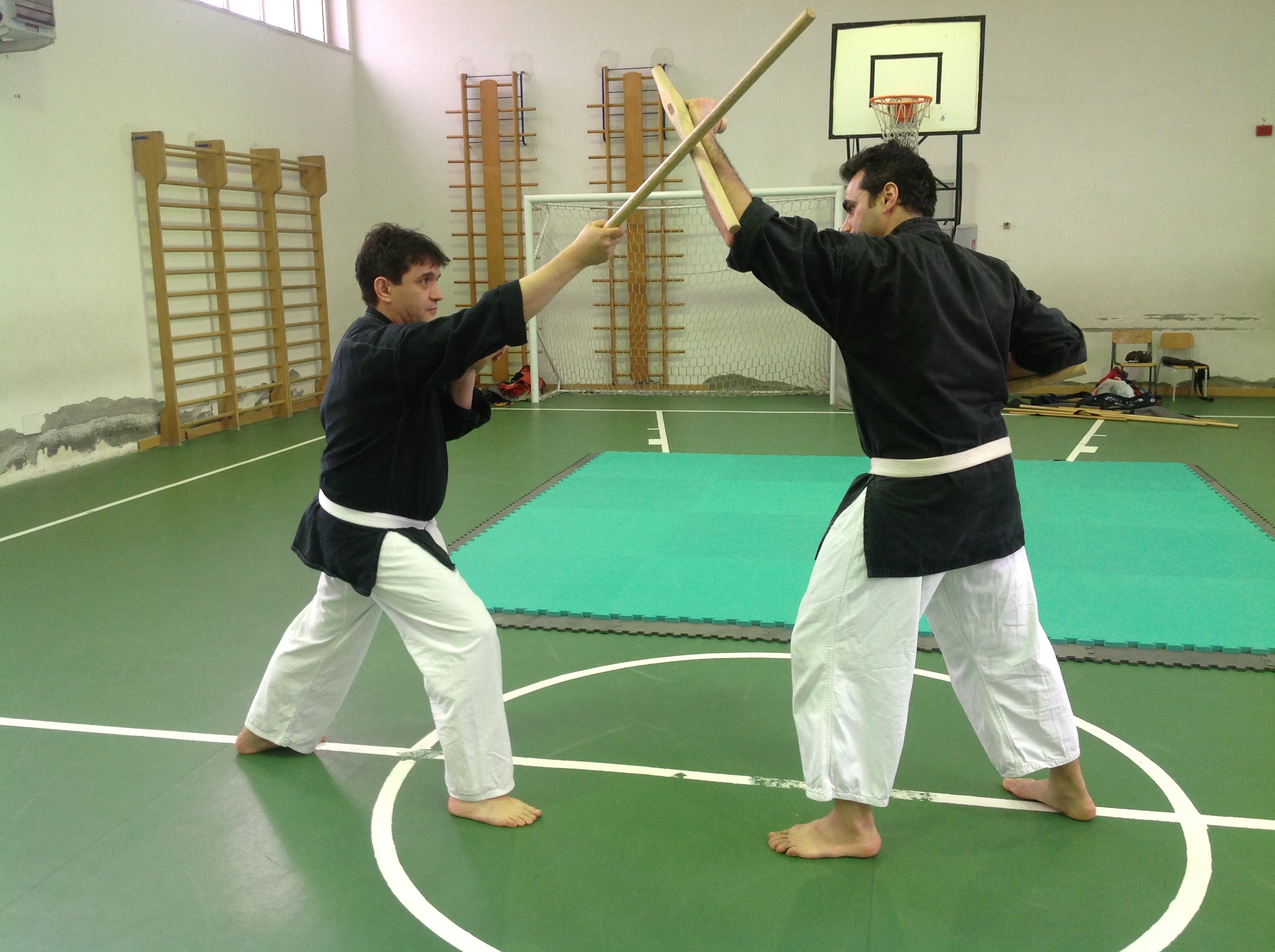 On invitation of Sensei Salvatore Tomarchio and Sensei Vito Tedesco Shihan Bernaschewice traveled to Giarre (Sicily) from 3 to 5 May 2013. During the weekend they worked on Kobudo topics (Bo vs. Tunkwa etc.) as well as on Hachiman Ryu and Chi Ryu Aiki-Jitsu techniques. Here 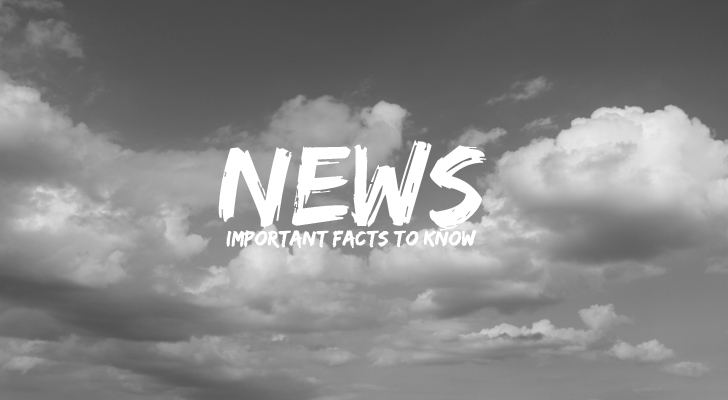 We would like to let you know that we have corrected our website. We have received message that there were still information about Przemyslaw Wisniewski (SWPW Oswiecim, Poland) on our website. As you may know, Mr. Wisniewski was expelled from the Federation by Shihan Jhonny 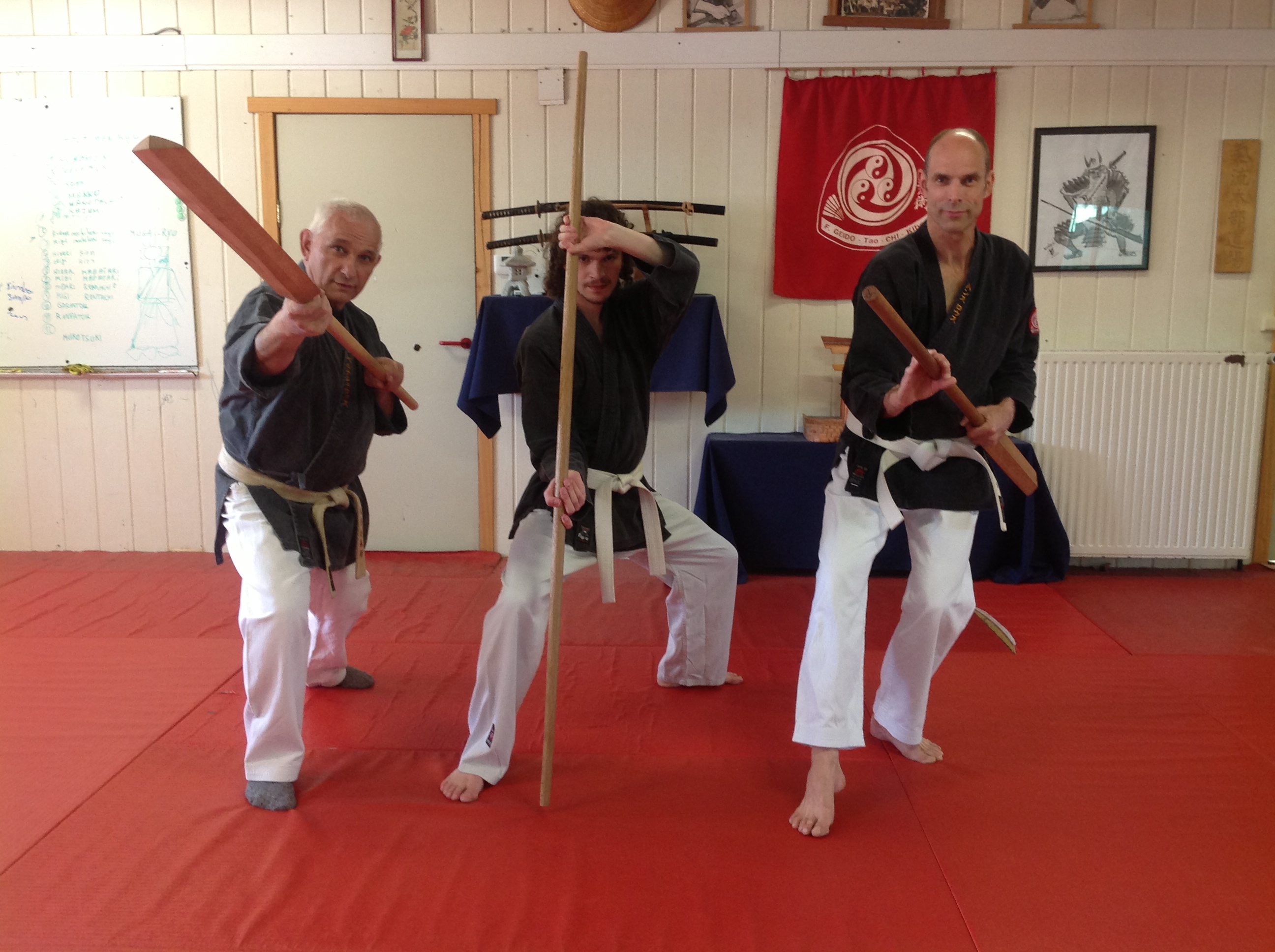 Kancho Hans Roos from Oud Beijerland (The Netherlands) and his student Kevin Splinter came to the Hombo Dojo on 1st May 2013 to receive training in Matayoshi Kobudo from Shihan Bernaschewice. Time was flying fast during the class and both broadened their knowledge and skills