May I introduce myself…

my name is Joren Bernaschewice. I'm the son of Shihan Jhonny Bernaschewice and his wife Sensei Kathrin Siggelkow. I was born 5 April 2010. And that's how I look like 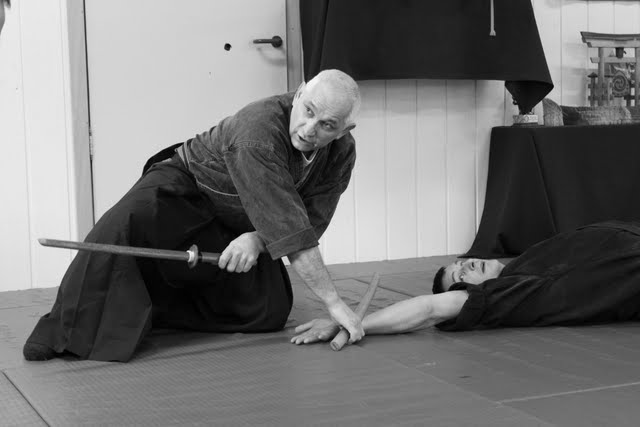 From 15 to 17 March 2010 Sensei Artur Szmuc and Sensei Wieslaw Pozaroszczyk and their students Jacek and Michal from Lesko & Szprotawa (Poland) came to visit the Hombo Dojo in Hechtel. As they are advanced students in Iaido Shihan Bernaschewice concentrated his teachings on 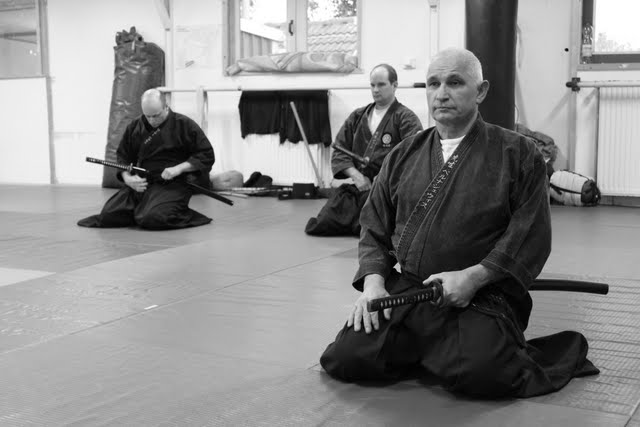 Training and examination at the Hombo Dojo

During the last weekend (13-14 February 2010) Sensei Peter Scholz and his students from Raesfeld (Germany) enjoyed their training at the Hombo Dojo. They were joined by Sensei Dirk Mazet and one of his students from Quierschied (Germany). Different topics were listet for their time

As we only received 2 confirmations for the instructor seminar by now we would like to remind you of the registration. This years seminar for instructors associated in the Federation Geido Tao Chi Kihon will take place from 13 to 16 May 2010. Below you will find

From 20 to 21 February 2010 Shihan Jhonny Bernaschewice went to Neuwarmbüchen in the near of Hannover (Germany). Sensei Michael Werk and his students had invited several teachers to train different styles of martial arts. This seminar is a fixed date in the schedule of 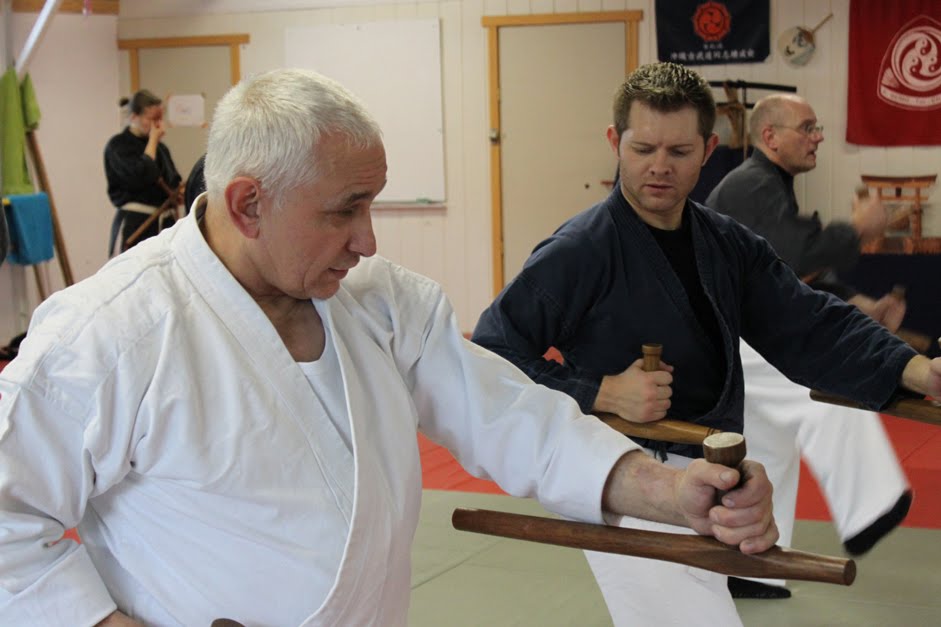 Change on the fly at the Hombo Dojo

Just a day had passed by since the group from Magdeburg left the Dojo that another group came to the Hombo Dojo in Hechtel-Eksel. Thomas Stommel and his students from the Dokan Dojo in Hagen (Germany) was joined by a group of students of Sensei

A stay at the Hombo Dojo with effects…

... at least for two students! Shihan Andreas Baron, Sensei Anja Baron, Sensei Marcus Oeding and Christian Müller from Magdeburg (Germany) and Peter Böcken (student at the Hombo Dojo) visited the Hombo Dojo from 8 to 12 February 2010. This is a traditional date for their

Seminar in Oud Beijerland (The Netherlands)

Invited by Sensei Hans Roos, Shihan Jhonny Bernaschewice went to Oud Beijerland (The Netherlands) from 6 to 7 February 2010 in order to teach at the "International Seminar" held there.  Four major martial arts styles were scheduled for those 2 days promising an intensive training

Successful first stay in 2010 at the Hombo Dojo

It was a successful first seminar in 2010 at the Hombo Dojo. Michael Winter, Yannick Schultze and Rosi Köske (all from Germany) stayed here from 1 to 5 February 2010 in order to expand their knowledge in Chi Ryu Aiki-Jitsu and Okinawa Kobudo. The training

The last year was full of incredible events. We enjoyed them a lot and want to add some last pictures.Sensei Wieslaw Pozaroszczyk and Sensei Artur Szmuc from Szprotawa and Lesko (Poland) stayed at the Hombo Dojo from 11 to 13 December 2009 and passed their examinations